With that out of the way, Tahona Baja is a venue that defies explanation. This was not what your humble neighborhood content writer expected to wander into; especially somewhere south of nowhere in Mexico when invited to a Mezcal tasting festival.

With all of the news and relative nonsense you hear about Mexico, it’s hard to believe that it only takes about two hours of your life from San Diego to get to some of the best events and beautiful places this planet has on offer. The Agave spirit is strong here and I think you will find our southern neighbors are quite a bit more hospitable than say… Los Angeles, Houston or Lake Tahoe in 1991… even Thailand at this very moment. 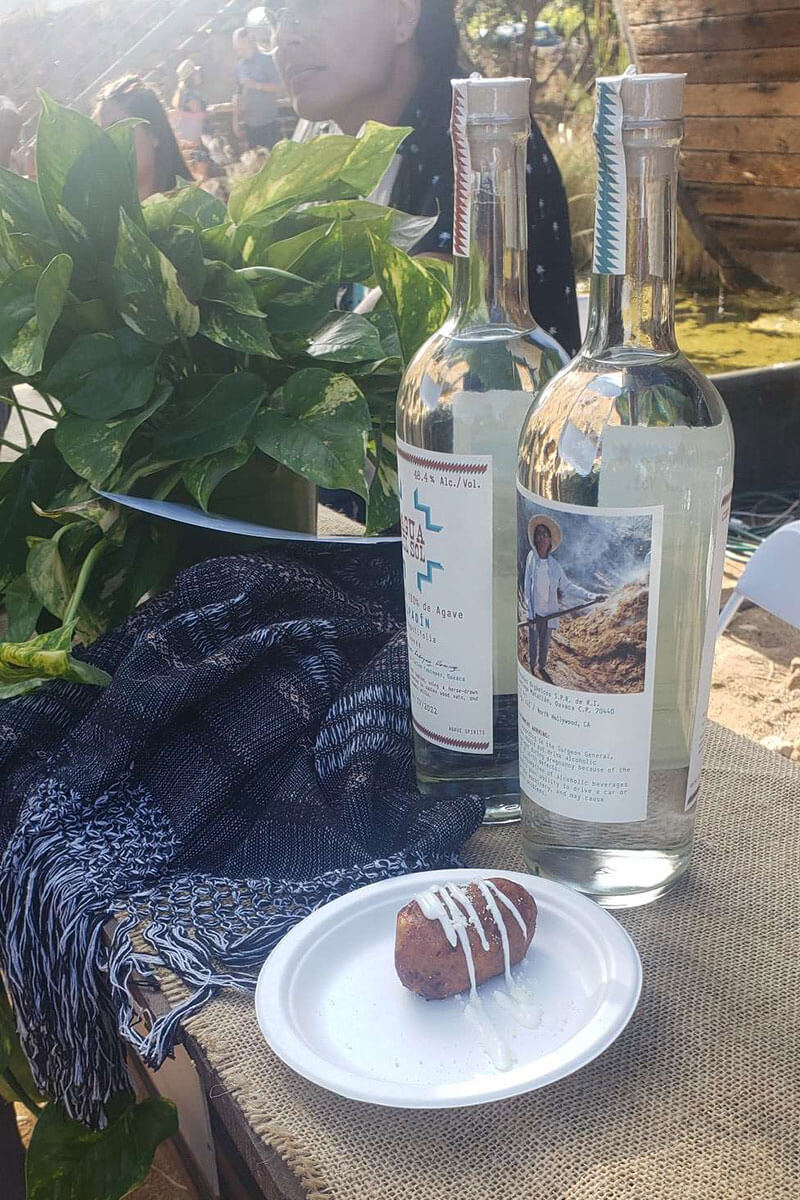 So what’s on the Mezcal Menu? As I stated earlier, this wasn’t what I expected. I am not a Mezcal enthusiast, or that is to say, I guess I am now. Admittedly I thought, what is mezcal tequila? As it turns out, that is about as brilliant as searching for wahaka mezcal.

I mean, you might somehow stumble upon what you are looking for but it’s actually Mezcal de Oaxaca. As I learned, there is a big difference between Tequila and Mezcal. Like as big a difference as calling a California hazy IPA the same as a Pabst – they are fundamentally different. Mezcal and Tequila are more like distant cousins, one got into mass production and the other decided to stick with the old ways.

On first taste, it was far from what I expected. I come from a Bourbon background. The true Bourbon community has a lot in common with my new found collective of rather mad and hilariously fun humans. However, there is a distinct and noticeable difference, the culture surrounding Mezcal artesanal at this festival is certainly more loose, more open. 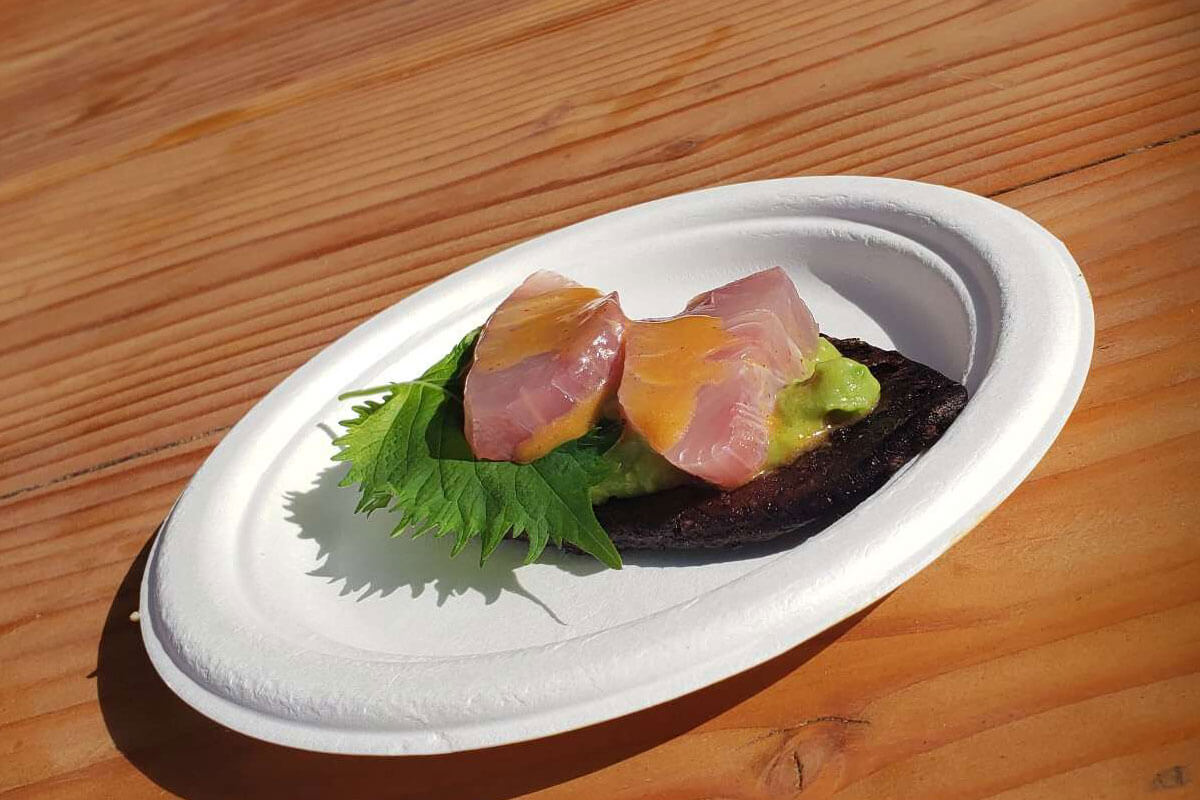 Don’t get me wrong, I love sitting in cigar shops and sipping great Bourbon. There are things that make that experience just as unforgettable as drinking Mezcal and eating some masterpiece of clam paté on a piece of homemade whatever. I suppose that portion was as much a part of this experience as a cigar was in some worn out corner of a dead Nevada casino that I long to get back to, or maybe I don’t.

Mezcal is fresh, alive and incredibly playful. Even though the product itself is made in a very traditional fashion and has been for generations, it feels less stuffy than whiskey… more viva than structure.

Tastings and Campfire Stories with a Touch of Deep House 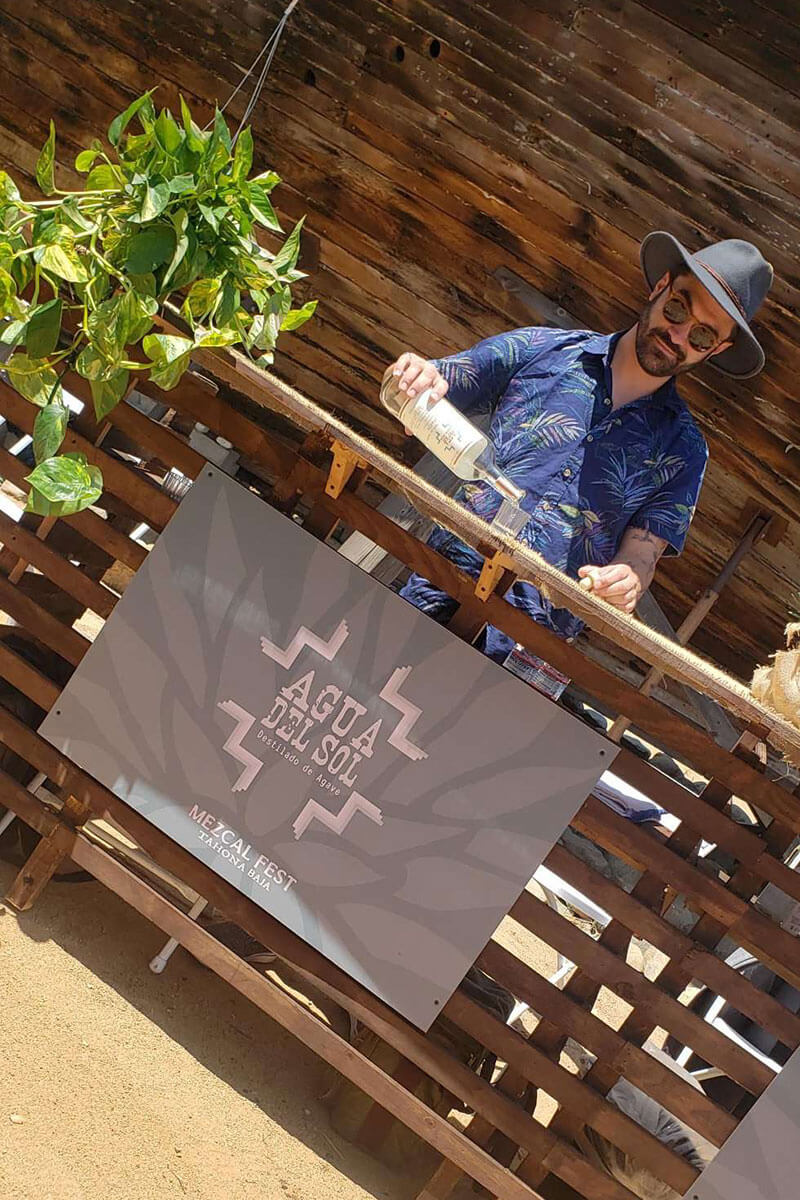 When I spoke with Nick Coss of Bad Hombre Importing over a taste of Agua Del Sol, one of the four Mezcales de Oaxaca labels that he brings into California – there was a passion for storytelling.

It’s something you can’t fake, a real interest in the background of things; where they all come from and the people that came before them – generations of makers and storytellers. It’s like the story of some haunted house, the thing that really makes it scary are the true stories behind the haunting and who is telling them.

Legacy is a word that comes to mind when I think back, future mingled with a certain remembrance and understanding of the past… A presence, or at the very least a calling to be present in the moment. A place of knowing where things were, where they are and where they can be is sort of… everywhere.

Lines get blurred easily. If this were an open whiskey tasting affair, I have a distinct feeling that either everyone would be in bed by 8pm completely drunk or it would have turned into some televised brawl produced by the WWE. But no, everyone took their time. They listened to the stories, the background, the lives behind the Mezcal bottle.

There is a specific silliness that comes with drinking Mezcal I find. Something that is just fun, with a touch of almost childish glee. Somehow it leaves you different than you were before. In a way it’s almost like the stories you hear of drinking San Pedro or Ayahuasca; only without the vomit and crying. The spirit is with you, it’s in you. 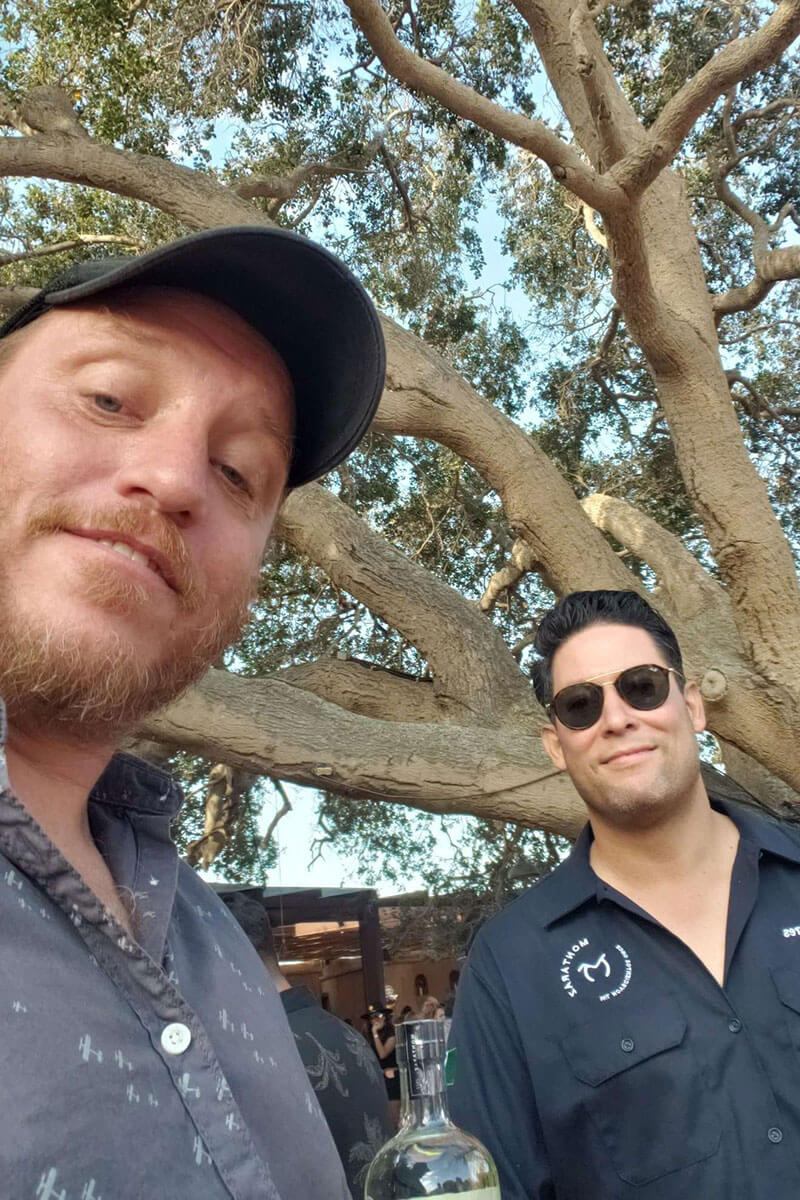 The Border at San Ysidro/Tijuana is a storied place. Most of these stories somehow remain in the ethos like time travelers in a science fiction novel. If you want fiction, I recommend you read a novella by Brian Asman. If you want the reality, the border isn’t what it was in the 90’s. Whether you are walking or driving, it’s a relative nothing coming into Mexico. Coming back will definitely take a bit longer. But once you experience something like Tahona Mezcal Festival, you will likely be applying for the Sentri pass shortly after your return to the US.

What you are reading here is only my retelling of what knowledge people bestowed on me during this event. There will be much more in Part Two including further conversations with producers, the difference between Tequila and Mezcal. Further conversations with Bad Hombres, a segment on Bacanora with the Torres family from Hacienda Las Calaveras, Sotol and other incredible Mexican spirits.

If you really want the full experience, you will need to go to the next Mezcal Festival at Tahona Baja, or possibly Mexico in a Bottle in San Diego. Until then, stay tuned for Part Two here on News Naturally.